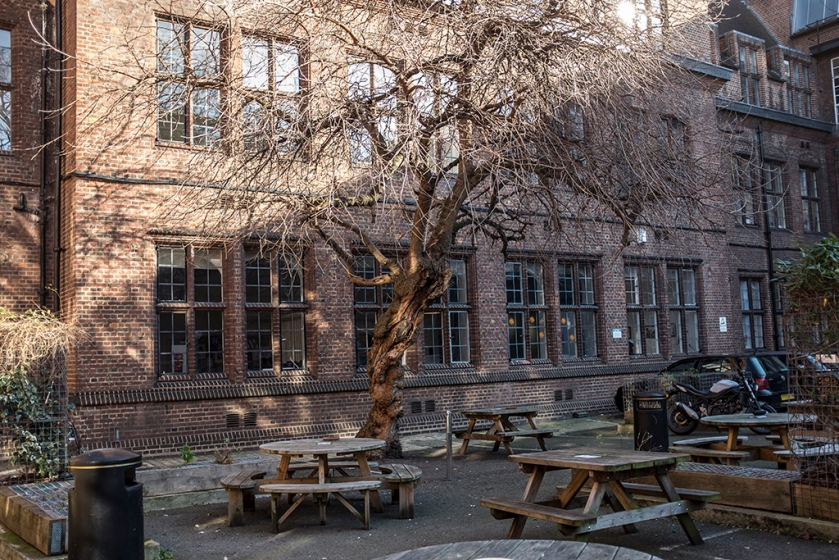 Last week I finally got to see the black mulberry I’d heard about from several people, located behind the London College of Fashion in Lime Grove, Shepherd’s Bush.  The College is opposite what was he BBC’s Lime Grove studios for years until they were demolished and replaced with housing.

Pablo, the Spanish gardener for LCF, took me into the courtyard at the back of the main building and proudly showed me the 12 metre high black mulberry, leaning at a slight angle. It produced masses of fruit every year.

From archive photos it looks as though it was planted in about 1904, as a sapling, — perhaps already 10 years old at the time.

The mulberry in 1915, eleven years after the London School of Building opened in 1904.

Pablo told me he had succeeded in growing a mulberry sapling from seed – the only one that germinated from the 25 he planted.  After showing it to me, and admitting that he didn’t have the space to grow it himself…. he gave it to me!  So I am now the proud owner of a Morus nigra, about 3 years old! Thanks Pablo! 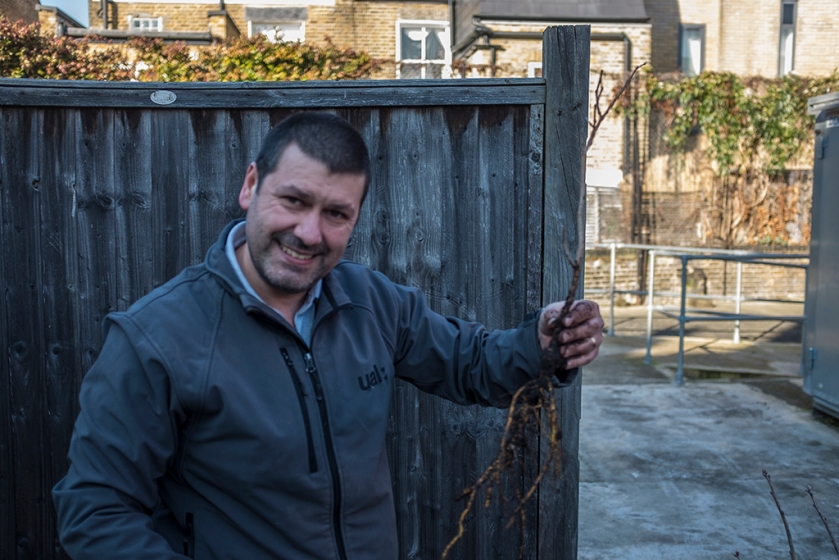 Pablo with the 3 year-old mulberry tree he has grown from seed from the tree at London College of Fashion.